I was born in Indianapolis, IN, but my parents moved shortly thereafter to Scottsdale, AZ where I grew up. I graduated from Chaparral High School in ‘97, Indiana University in 2002 with a B.A. in Religious Studies (Go Hoosiers!), and completed seminary at The Missional Training Center in Phoenix (affiliated with Covenant Theological Seminary in St. Louis) where I earned a M.A. in Missional Theology.

Shortly after graduating college in 2002, and while still living in the Midwest, I met Scott Brown. Scott had recently begun the process of planning a move to Phoenix, AZ to plant a gospel-centered church. It didn't take long for Scott and I to form a friendship and for his vision of planting a church in my hometown to take root in my heart as well. I moved back in September of 2003 (just a few months after the Brown family themselves arrived) and New Valley Church officially launched in October of 2004. I’ve led the Worship Team since the church’s infancy to present-day and serve as the Executive Pastor, overseeing the administrative staff, Men’s Ministry, and Small Groups (aka Gospel Communities).

I met my wife Kacie at New Valley Church in 2005 and we married in 2007. We have three incredibly beautiful daughters named Zoë Noelle, Milo Advent, and Felix Emmanuel. 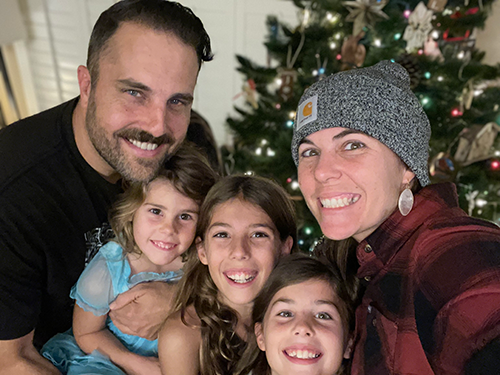